Quick: Name one way that China is like Sarah Palin?

Some people might say that Palin is a dragon in disguise, but with China launching cyber espionage against Western companies and governments, scuttling the Copenhagen summit and ignoring international norms of behavior, the oldest civilization still in existence appears to have decided it doesn’t need the rest of the world. China is going rogue.

Palin, of course, still needs people to buy her book and watch her inane Fox commentaries. But China is free to do whatever it wants, and it shows.

The recent headline that cyberattacks against e-mail accounts of Chinese human rights activists originated from Chinese computer servers should be no surprise. Two decades of unbridled growth and a national bank account measured in trillions of dollars would make any nation intoxicated on its own power, but what we’re seeing in China’s assertiveness is beyond giddy. The country is outright high on its new power.

That’s why China doesn’t care if Google leaves. Don’t let the door hit you on the way out, they say. China feels free to stick it to President Obama, saying, ‘whatchya going to do when we’re underwriting your massive budget deficits?’ China knows it has the United States, and the Western world in general, gripped by the short hairs. They know it, our government knows it, and now you know it. Hell, even Palin should know it.

The author of this post has a fictional book about the return of King Antiochus. Click the cover to see it @Amazon!

China’s roguish activities extend further into cyberspace with a broad electronic spying network that has infiltrated the most sensitive computer servers. America’s vital military, government and industrial secrets are not secret anymore; China came like a thief in the night while America whittled away its advantage in Iraq, distracted away from the real threat to its power. China now possesses the designs of our nuclear warheads, the schematics to our aircraft carriers and submarines, and the inner working of our most important trade secrets. Agents of the Chinese government can access the U.S. power and communications grids and shut down the country with a few keystrokes.

Find out more for yourself by searching for “Ghostnet,” or read this article

The audacious way that China is flipping off the world – America in particular – reveals what their leadership really thinks. They no longer fear us or even respect us. They are the servant who usurps the master and transforms into the very thing they used to hate. In short, the Chinese government thinks we’re a bunch of shortsighted fools whose day of decline is nigh.

Step back for a moment and think from their perspective, unbiased by the American media smokescreen. Going on 9 years ago we were attacked by terrorists on 9/11 and completely lost our minds. We let the terrorist leaders, who were on the CIA payroll, off the hook in Afghanistan, to grind an ax in Iraq and sink into a stinky swamp. Our political leadership gave excuses so flimsy only a fool would believe, yet the entire nation swept along in a rush of induced patriotism, heedless of the consequences. All the while the American government kept coming back to China with hands out for money to pay for the ill-conceived war, and the Chinese government was only happy to fund the fiasco, well aware of the future ramifications. We presented them with an opportunity to gain leverage and continue infiltrating our most sensitive hiding spots while we were distracted, and they were only happy to take advantage. 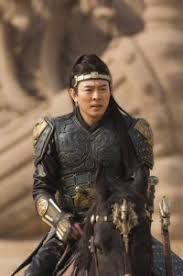 Surprised? Shouldn’t be. What would you think if you watched the largest news network of your main rival and saw Palin, once a candidate for the second-highest office in the land, admitting that she believed Iraq was behind 9/11 and basing her credentials on a half-term as governor of a remote state? It would be like China naming Jet Li as their Defense Minister. “He know Kung Fu – he kick your ass!”

China is our national banker, and anyone who knows bankers knows they don’t lend out money without being sure of the returns (unless they work on Wall St.). China is only happy to aid America – whistling Dixie on the road to hell and pretending to be rogues when really we’re dependents, former rivals who handed our competitors the keys to our future and the means to overtake us.

By the way the Chinese leadership is acting, they think that day has already arrived. They’re probably right.