Attack of the Roaches

Have I got a roach story for you….

Ah, the simple cockroach. No other common insect sparks such disgust. Just the sight of one can send people running for their lives. Well, have I got a story (actually two) for you. If you are squeamish, you might want to grab something to barf in before reading further. 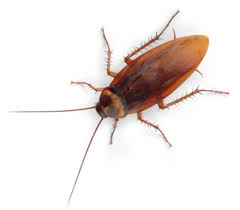 I used to work as a waiter at a Westin Hotel. Nice place. Downtown location. Busy, busy restaurant. You will be glad to know that the hotel restaurant is now closed, but I warn you, something like what I’m about to tell you could happen anywhere. First to set the scene:

The restaurant sprawled over a huge open floor plan in an atrium near the central entrance to the hotel, around 85-90 tables total. It was theater season, two weeks before Christmas, and “Cats” was playing, bringing out the high society crowd and culture vultures like children to get a photo with Santa. The hotel was two blocks from the theater and had an underground parking garage, so it seemed like EVERYONE going to the show dropped by our place beforehand. Every night for the past few weeks the restaurant had been slammed by people catching a meal before the show.

It sucked. I mean, the service staff made great money, but no amount of money is worth the shellacking we went through. There was no amount of preparation that could stave off the absolute chaos. Twenty years later I still dream about looking out at the 7, 8 or 9 tables in my service section and watching them all fill up at once. 0 to 10,000 MPH in seconds. Experienced restaurant servers might wonder how the hell one person can be expected to take care of as many 40 diners at once, who all sit down within minutes of each other and are all in a hurry to eat and get to the show, yet want a full meal with drinks, appetizers, desserts.

Welcome to the Westin.

The staff was unionized and made about a dollar-and-a-half more an hour in wages than typical restaurant servers, so the hotel hired fewer servers and expected more work out of the ones they had. Not a bad deal most of the time. The service staff were experienced and could usually handle the traffic. But on theater nights no one no matter how fast and efficient could keep up, because we just didn’t have enough workers.

So now to really paint the scene and get around to the roach part. I had four little old ladies in my section, all dressed in their best for a pleasant night at the theater – the sort of elderly ladies who give grandmas a good name. They had arrived just before the rush so I managed to get their orders taken and drinks on the table before the bomb dropped. I was taking care of like eight tables at once and knew that some diners were going to leave angry at the slow service, but as a server in that situation you have to make hard, practical decisions. It’s like if you have two children both drowning and can only save one. Which do you pick? As a server, you guessed which tables were most likely to leave the best tips and focused on delivering a good experience for them. The others got the leftovers. This happens all the time in busy restaurants and bars. I figured I’d make some bank off the old ladies so I made sure they were taken care of, no hitches.

It comes around time to bring out their dinner entrees and I’m back in the kitchen at the food line. I stack four heavy plates on a large oval tray along with drinks, a bread basket, side dishes, condiments. By this point I am hot, sweaty devil, and the previous night’s alcohol binge is catching up with me like a flu bug. The only way to survive going through hell every night is to drink very large quantities of alcohol afterward. It was taking its toll on me that moment when I heaved a 25-pound load up onto one arm and launched out into the dining room, grabbing a tray jack along the way. 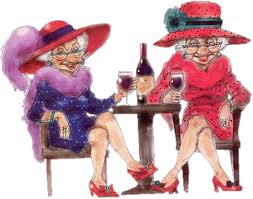 At the ladies’ table I set up the jack and place the bread basket on the table before putting down the big oval tray. The table is in the middle of a dining area as busy as a beehive, surrounded by many dozens of customers at their tables. Just as I’m setting down the heavy tray on the jack, all four of the ladies jump back from their table at once, aghast.

Looking over my shoulder, I see them staring at something on the table. It took a second to spot it: an inch-long roach, the skinny kind with the long antennas, pinballing off the glasses, sugar caddy, and other stuff on the crowded table.

What do you as a waiter in that situation? Before I even got the tray down I could already see the reaction spreading through the dining area as people turned to get a look at the excitement. I did the best thing I could think of: grabbed a salt shaker and crushed the frantic roach right there on top of the table. One quick stomping motion, a little twist to make sure it was dead, then grab some pink Sweet ‘n Low packs and wipe up the guts as I try to make light of the situation.

It’s funny that I forget now what I did with the roach after crushing it, but I do remember that my manager walked by at that moment as if by design. He had just come from another part of the restaurant and hadn’t noticed the commotion. You can imagine the brief conversation that took place: “Uh, yeah, I just crushed a cockroach that sped out of the bread basket like an escaping prisoner, and you might want to talk to the ladies here while I quietly have a nervous breakdown.” I think I then handed him the dead roach wrapped in a bev nap and said good luck.

Mind you, at that moment I still have to serve the food and grab another round of drinks, then hurry on to the other tables that need me. In the restaurant business those moments are known as “in the weeds,” except in this case the weeds were ten feet tall and rumored to eat large animals. I think maybe the manager came along at just the right moment to prevent what happened next from occurring in the dining area.

After getting the food down on the table I left the manager and raced back to the kitchen. Drinks had to be refilled. Glasses of wine had to be grabbed at the service bar. Other tables needed me. So much to do. I arrived at the ice bin with a glass in hand, looked at the frozen cubes, so cold while I was so hot, sweat-soaked, nauseous, flushing, my pulse thumping in my skull. My vision started blacking out, and all I could think to do was to stick my head as deep into the ice as I possibly could.

Relief! It felt indescribably good to pack the top half of my head in that ice. I think I managed to get my whole noggin into the bin for a few seconds before someone noticed. What a sight that must have been! The manager ended up taking over all of my tables for the next ten minutes as I recovered in the back of the restaurant. And the ladies got a free meal. They left a nice tip.

Oh, and I kept that pillar-style salt shaker for years afterward as a memento.

But it doesn’t end there, because I have another roach story that, depending on your taste, might be even sicker. If you haven’t barfed yet, just wait.

A lot of my mid-20s was wasted doing what some young men spend a lot of time doing at that age: hunting for marijuana to buy. One night while on a weed hunt I went with a contact to a row house I’d walked passed hundreds of times but never really noticed. Inside, two women sat on old couches. They were watching something on television when my contact and I dropped by looking for their nephew, the weed dealer. He wasn’t there, but the women said he was supposed to be back soon and invited us to wait. So we did.

There I am sitting on a dingy couch, its floral upholstery pattern obscured under layers of funk, the television belching out reality-show inanity, the minutes dripping by, surrounded by reminders everywhere that the 1980s really happened. The sun had just gone down. I look around the dimly lit place and notice a dark mass of something about halfway up the living room wall behind the couch I am sitting on. My brain can’t quite process what I am seeing. At first I thought it could be some kind of wall art. But it moved. It writhed and wriggled like worms in a can. It was alive! 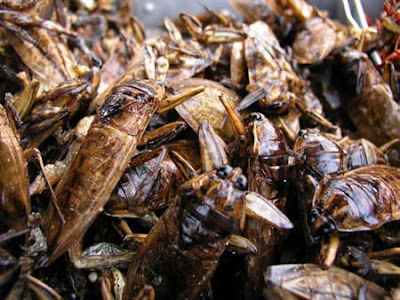 When I felt one of the roaches crawl over the exposed skin of my hand, I knew for sure, no denying it. No “I’m just seeing things.” I was really sitting in a house with two old ladies, my buddy the weed connection, and several hundred cockroaches visible on the wall.

I didn’t go any further into the house, so I can only imagine what their kitchen looked like. But what I saw in that living was the sickest thing I’ve ever. Roaches on the ceiling. Roaches on the tables. Roaches swarming over old fast food bags and the like. Roaches running over the house’s occupants, who acted like they didn’t even notice. Didn’t. Even. Notice. That’s how used to the roaches they were. I mean, they invited us in to sit down with them without thinking that the living room was a roach motel and people off the street might be a bit, uh, appalled.

As much as I wanted some weed, it wasn’t worth waiting around in Motel Roach a moment longer. I have endured some sketchy situations in the pursuit of bud, but everyone has their limit…except the people living in that house.